These Quark Balls are just super delicious. They taste best very fresh when they are still warm. Quark in general is often used in German cuisine. Especially for desserts, pastries, as a spread or for dips. Whenever I am not in Germany or one of the neighboring countries, it is difficult to find quark.

In the following I will inform you about two things: the connection between German quark balls and carnival, and an explanation of what quark actually is.

Carnival is a big celebration in some regions of Germany. Officially, the carnival season, also called the fifth season, starts on 11.11. at 11:11 am. Then, festivals and gatherings take place on a regular basis. People wear traditional carnival uniforms or are dressed up in costumes (just like Halloween). The whole thing culminates just before the end of the season, which is dated by Ash Wednesday (Ash Wednesday is the 46th day before Easter Sunday). Depending on the region, there are some traditional snacks and pastries that are typically eaten during these celebrations. Among them the Quark Balls but also, for example, “Berliner Ballen” / Berlin Pfannkuchen, a pastry similar to a filled doughnut (without a hole on the middle).
Both are typical of the region around Solingen, the Bergisches Land, where we make our knives. And where also many people celebrate carnival.

So what exactly is quark? It is a dairy product and in terms of consistency I would classify it between sour cream and cream cheese. But it is just different from both of the mentioned. In English, the term curd is often used instead of quark. Quark is one of the fresh cheeses and is offered in all fat levels, whereby one will usually find low-fat quark (low-fat level, under 10% fat in dry matter) as well as quark with 20 and 40% fat in dry matter in the stores.
Traditionally, the curd is skimmed with a ladle from the container in which the milk has been curdled and placed in bags or lined cloths from which the whey is then drained. Draining takes several hours and is aided by occasional repacking, shaking and re-tying of the bags. The curd is then strained to ensure uniform consistency and bottled.

But hey, even if no carnival is celebrated the curd balls taste super delicious.

A few tips for the preparation of the German Quark Balls

Put the dough into the oil with the help of two tablespoons. Heat the oil beforehand and only then add the dough balls. But be careful! Do not heat the oil too much. You want these German quark balls to bake slowly. So that they are golden brown on the outside and also baked through on the inside. Accordingly, use a medium heat level of your stove. It can take 4-5 minutes until the balls are cooked through. You can bake several at a time in the oil. The oil itself does not bubble or splash. It makes typical frying noise only when the dough balls are added (and the temperature is warm enough).

Immediately afterwards, I put the powdered sugar on top. You can also roll them in regular sugar. Another variant are quark balls with raisins. For this, simply add raisins to the dough. And I highly recommend: Nibble on the first baked balls during baking the other ones. You’ll see, the German quark balls taste best fresh and hot 😉 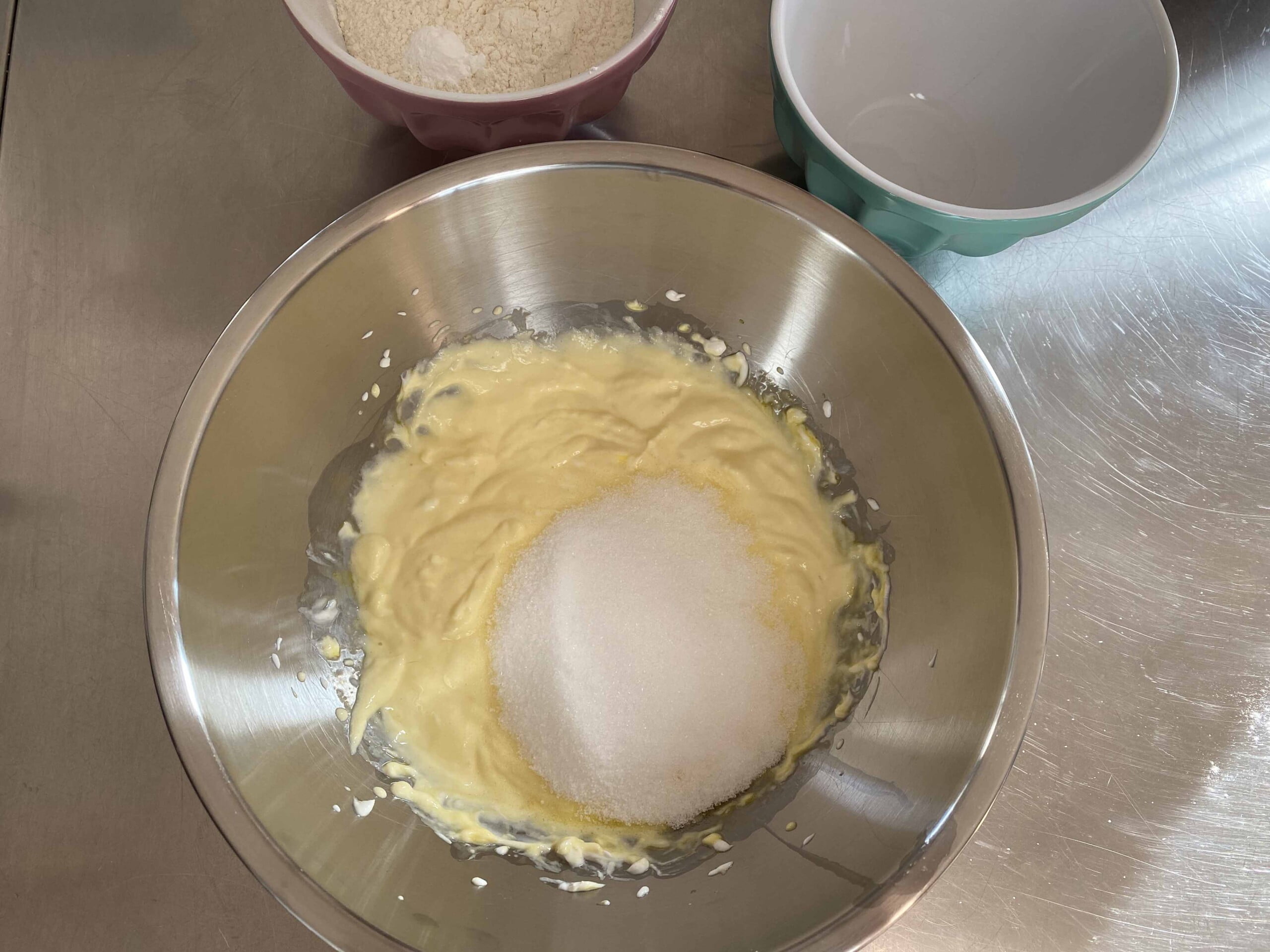 Add flour and mix to a thick batter. 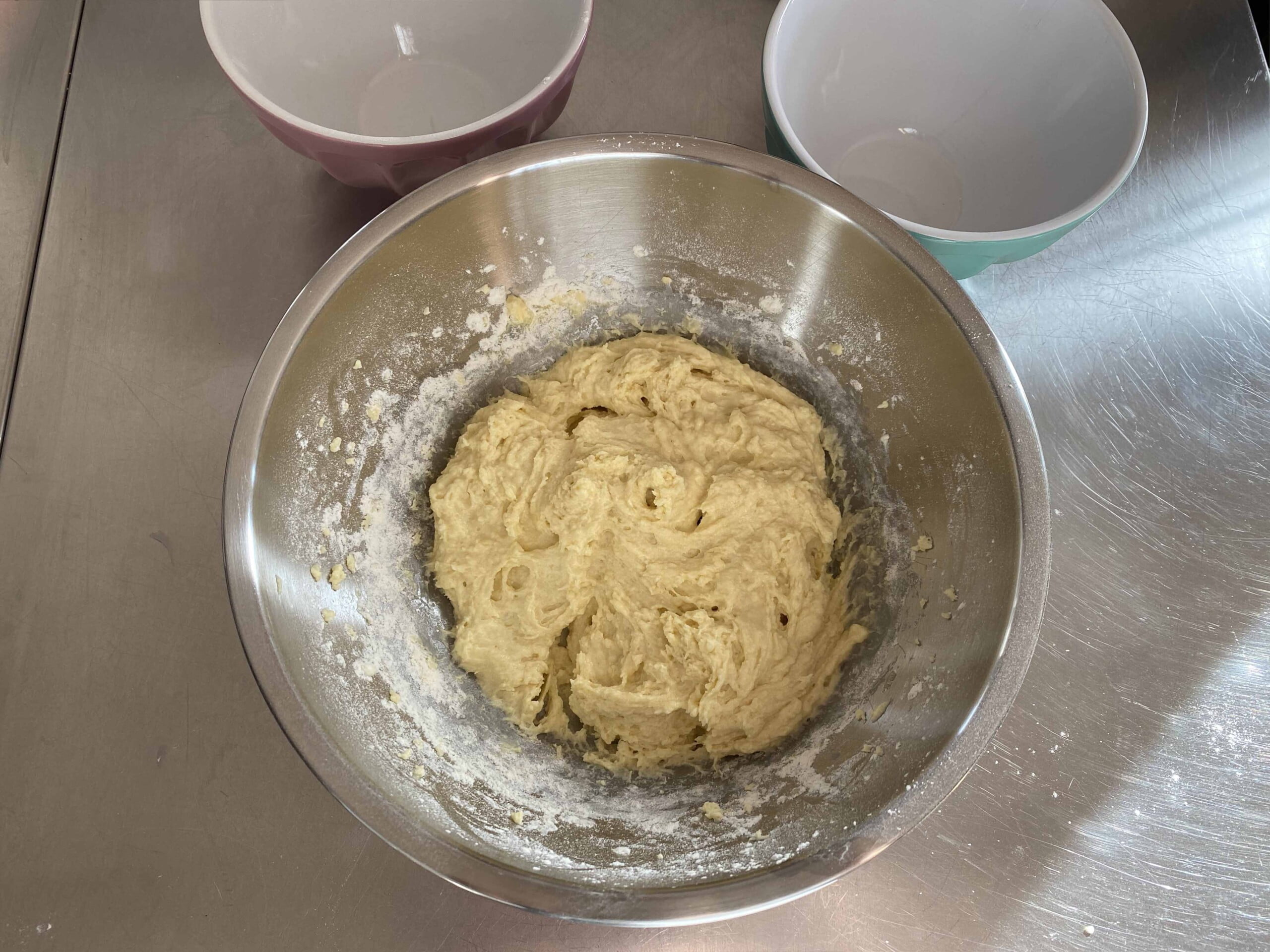 Heat the oil in a saucepan on medium heat (Induction stove level 6 of 9). Do not set the stove too hot. If the fat is too hot, the ball will be brown on the outside and still unbaked on the inside. 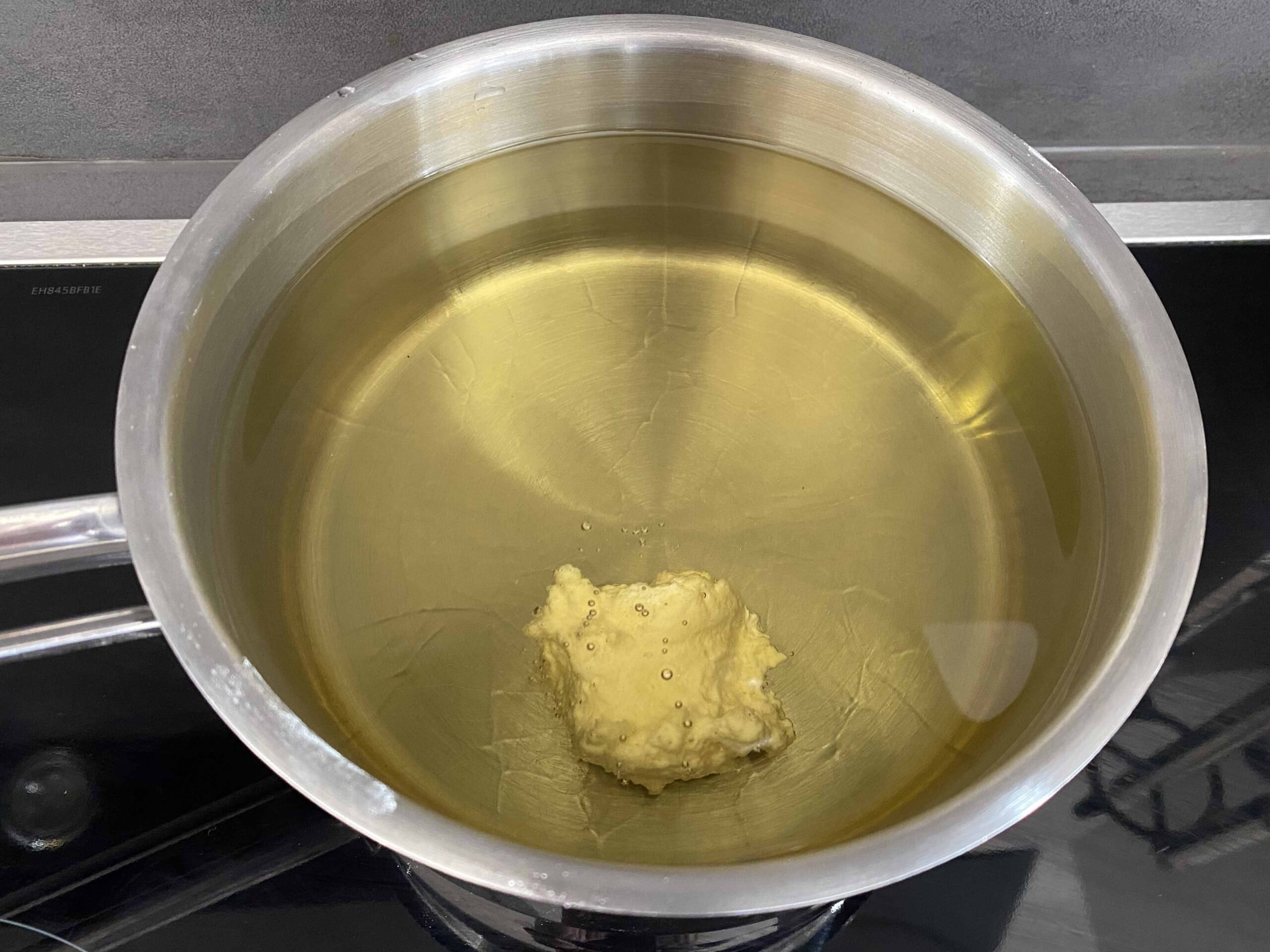 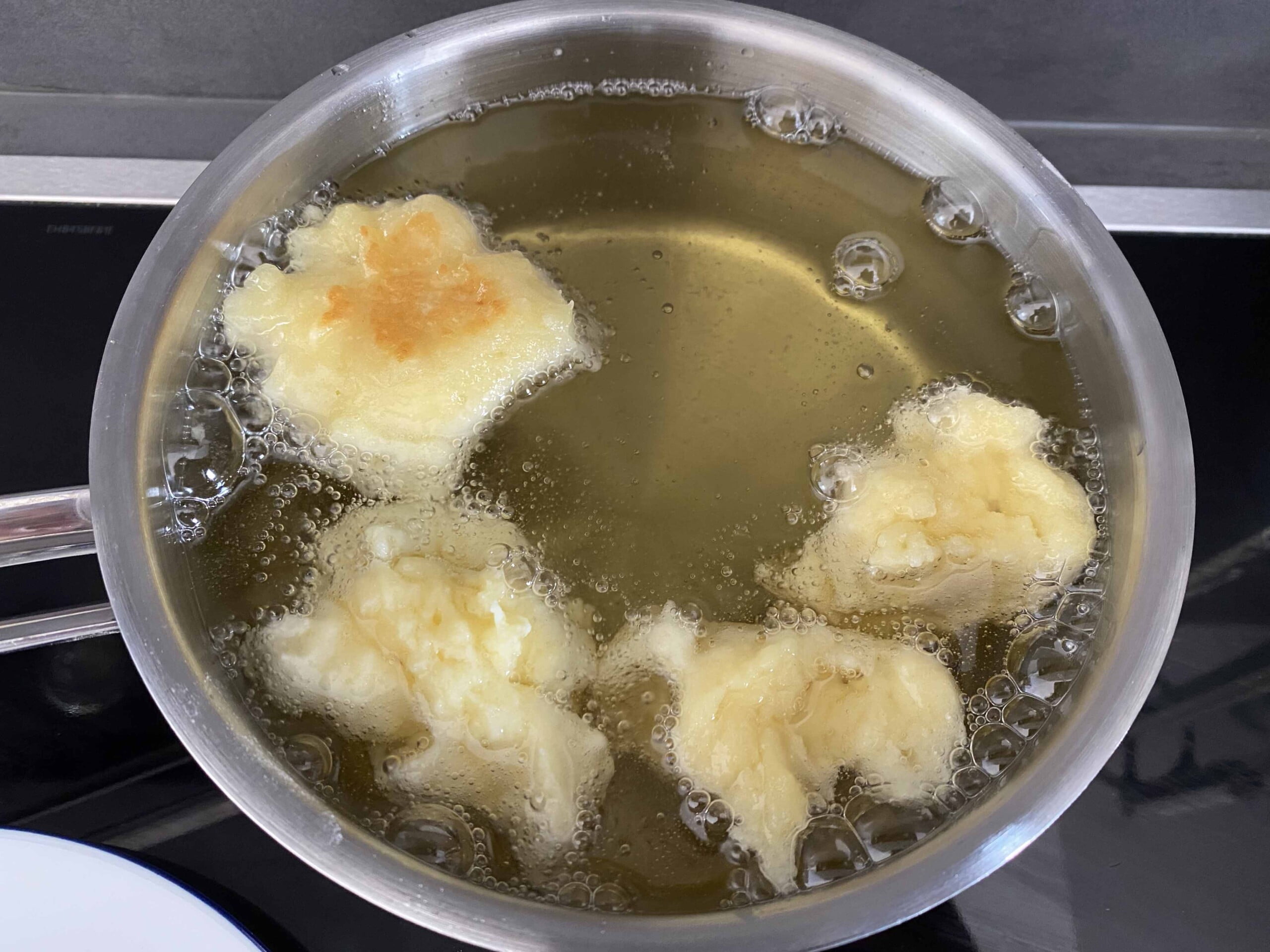 Bake until golden brown. Remove with a ladle and drain on paper towels. Sprinkle with powdered sugar. 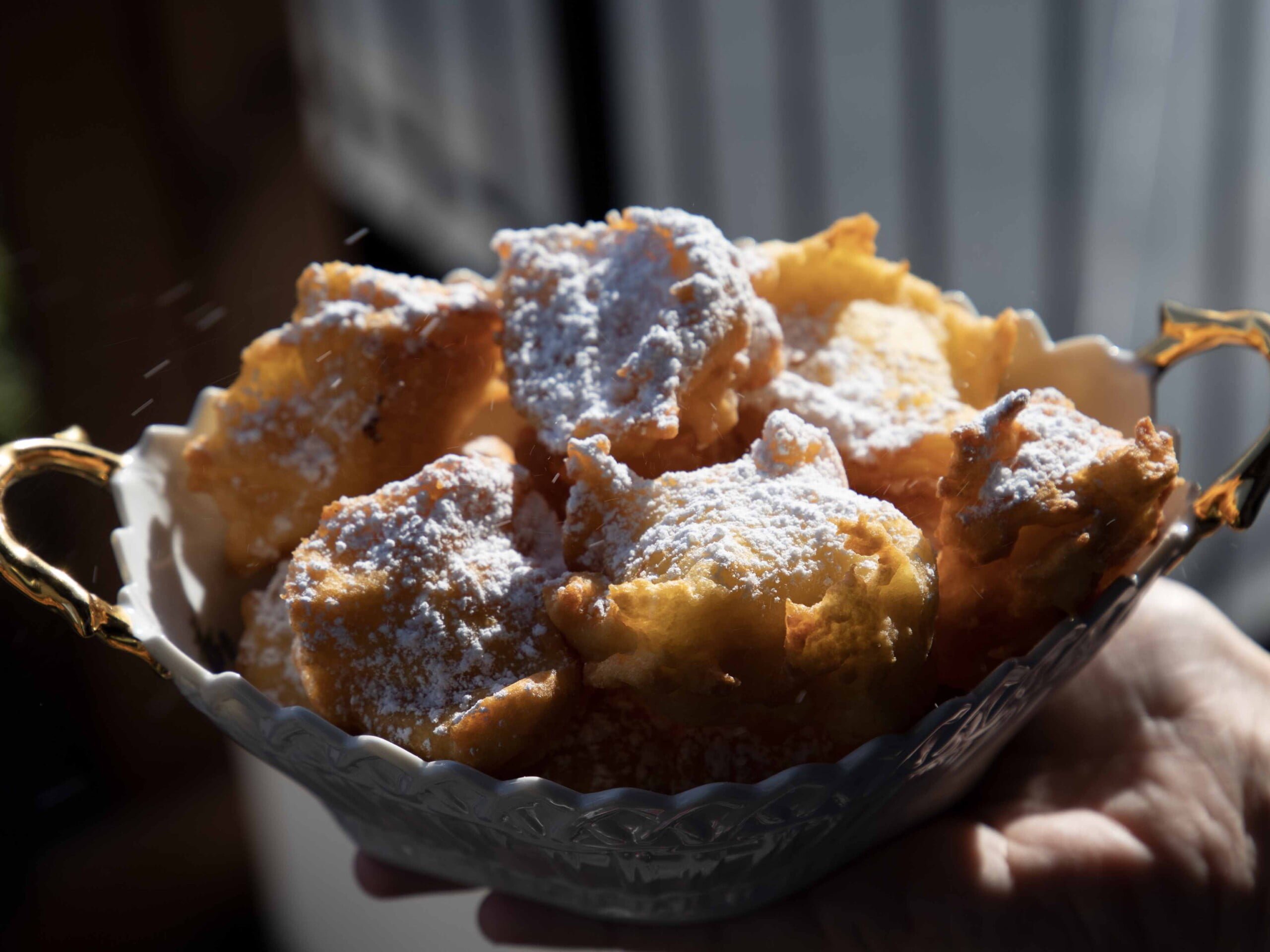 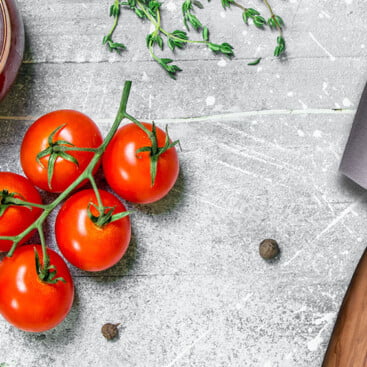 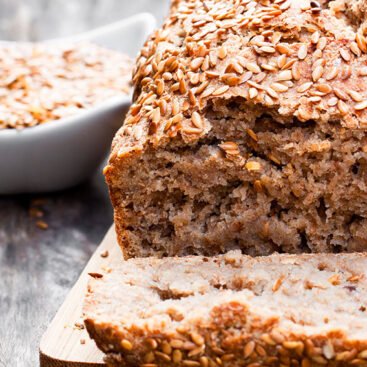 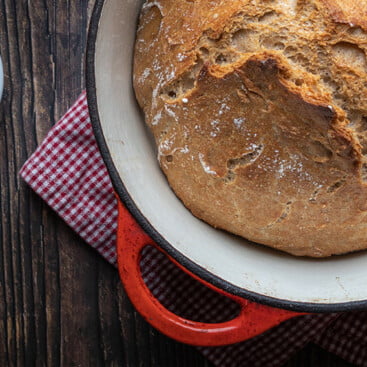 Bread in a Pot German
We use cookies to ensure that we give you the best experience on our website. If you continue to use this site we will assume that you are happy with it.OkNoPrivacy policy