Bresaola with Rucola and Parmesan

Bresaola with Rucola and Parmesan

Bresaola with Rucola and Parmesan – a special Italian appetizer.

Bresaola ham is produced in the Valtellina region of northern Italy on the border to Switzerland.
What is so special about Bresaola? The genuine Bresaola della Valtellina has been protected by the IGP seal since 1996. It may only be used by certified producers from the Italian province of Sondrio who adhere to strict production rules.
For a long time, Bresaola della Valtellina was only known in Italy. There, the ham was mainly produced by families for their own consumption. It was not until the early to mid-19th century that Italians began to export this specialty as well.
Bresaola is produced exclusively from selected parts of rump and leg of adult cattle. The meat is completely trimmed of fat and tendons, dry salted and then rubbed with salt, pepper, bay leaf, garlic, cloves and cinnamon. The exact recipe varies slightly from producer to producer, which is why the taste of Bresaola della Valtellina varies.
After salting, the meat first rests for up to 15 days in the brine formed from the meat juices and spices. During this time it is massaged several times so that the salt and spices are better and more evenly absorbed.
The bresaola is then washed and placed in natural or artificial casings. Then follows a drying phase of about one week, during which the bresaola loses most of its moisture. After this drying process, the bresaola is hung in special chambers for three to seven weeks, where it continues to dry and ripen at temperatures of 12 to 18 °C and under optimal climatic conditions. During this process, another 40 percent or so of its moisture is lost, giving it a long shelf life.
As a comparison: the taste is somewhat milder than the Swiss Bündnerfleisch.

Serve Bresaola with Rucola and Parmesan as a starter with some ciabatta or farmhouse bread.

First, the arugula is washed and spun dry. For large-leaf arugula, it is recommended that you also cut it a little smaller.

Then lightly toast the pine nuts in a non-stick frying pan until they turn golden brown. Set them aside.

Now arrange the paper-thin slices of bresaola in a fan shape on flat plates and spread the arugula on top so that the bresaola is evenly covered.

Mix the olive oil and lemon juice in a small bowl and season to taste with a little salt and pepper. Drizzle this marinade over the bresaola and arugula.

Sprinkle the plates with the toasted pine nuts and the shaved Parmesan. Finally, before serving the Bresaola with Rucola, grind a touch of fresh black pepper over the top. 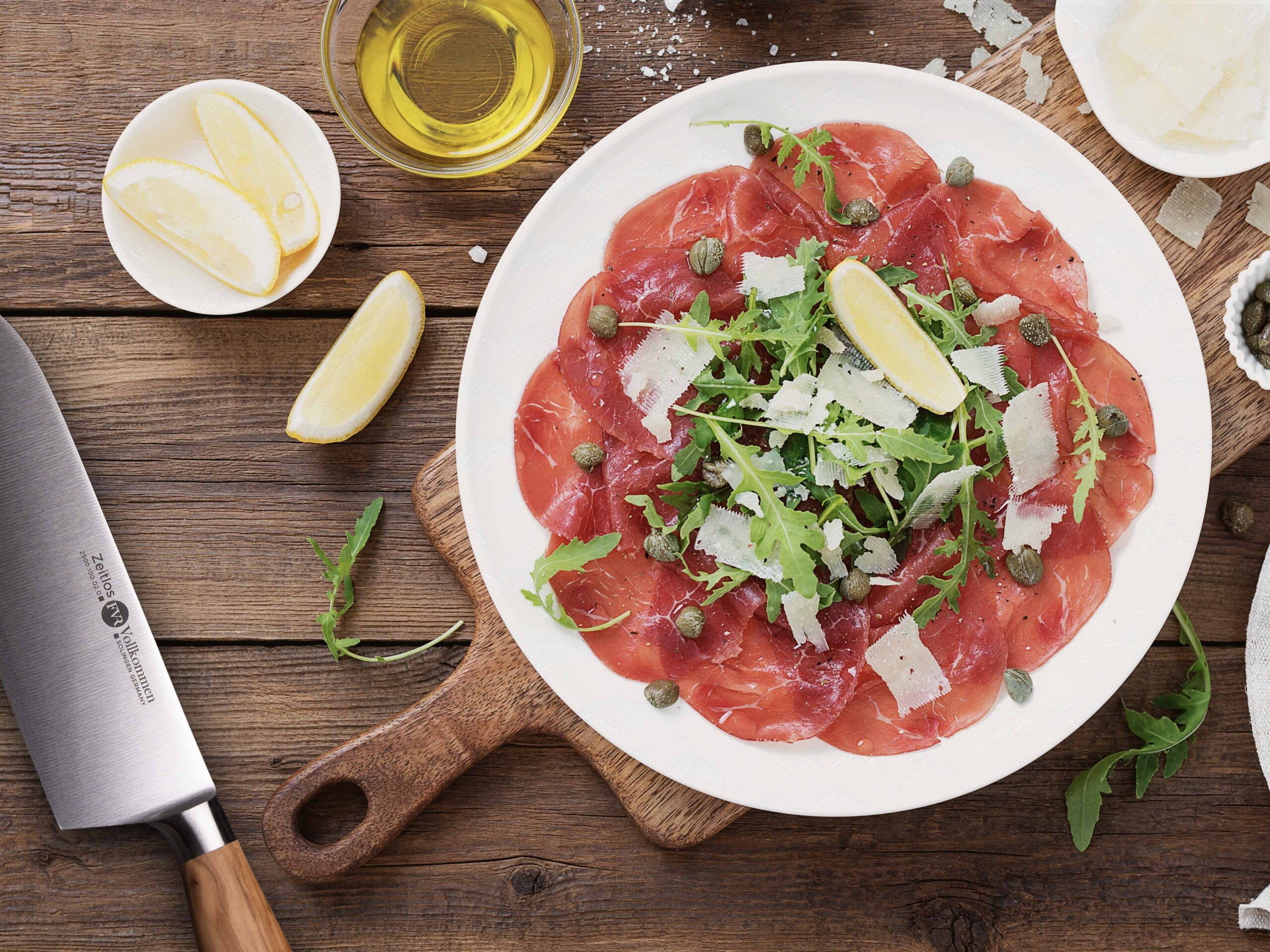 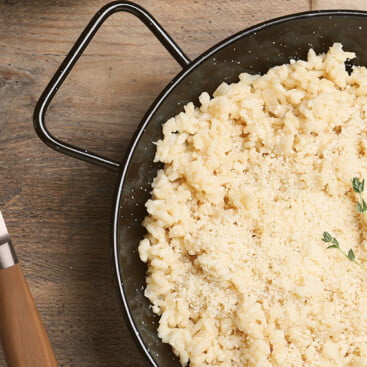